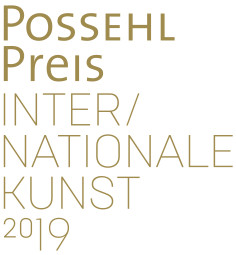 In her objects, sculptures and site-specific installations, the internationally celebrated artist Doris Salcedo (*1958) deals with the effects of violence and exclusion in her home country, Colombia, and other regions of the world. In the words of the international jury members, “Salcedo finds poetic images for systems of political authority, racism and systematic inequality”, and her work “is of the greatest relevance to our present day.” Twelve artists – seven women and five men – from nine countries were nominated to take part in the competition by a panel of international art experts. Salcedo’s first solo exhibition in Germany was held in the Kunsthalle St. Annen in Lübeck from 7 September to 3 November 2019. The prize-giving ceremony was combined with the opening of the exhibition on 7 September. The prize is worth €25,000.

Fragile art, lest we forget

Salcedo’s work starts where others turn away. In her sculptures and installations she examines with great sensitivity the tragic results of violence as a consequence of political and economic dominance, leading observers to the emotional plane of the victims and their relatives. The armed conflict that racked her home country Colombia for fifty years is the starting point for many of Salcedo’s projects. In “La Casa Viuda” (1992-1995) she manipulates familiar household objects, such as pieces of furniture or clothing, and creates a space to mourn for loved ones and a lost homeland. At the 8th Istanbul Biennale in 2003 she piled up 1,500 used chairs in a narrow space between two houses, situated in a district formerly inhabited by members of the Greek and Jewish minorities. In “Shibboleth” (Tate Modern, London, 2007), she looked at how Europe deals with migrants, challenging the mechanisms of segregation and exclusion employed by the “first world” with a long, deep crack in the concrete floor of the turbine hall. Works like “A Flor de Piel” (2011-2012), a vast cloth made of rose petals, carefully conserved and stitched together, or “Plegaria Muda” (2008-2010), wooden tables stacked in pairs, from which fine blades of grass emerge, evoke strength, beauty and the fragility of life, and at the same time commemorate the sad fates of individual people.

Salcedo’s work is all-embracing and precise, not only in an artistic sense, but also in terms of how she puts her projects into practice; involving the victims of violence in the production of her works and thus giving them a voice. The artist lives in Bogotá, where she recently created an “anti-monument” from some of the 13,000 weapons handed in by the FARC rebels as part of a peace treaty. They were melted down and made into floor tiles for a new museum in the city centre, which will provide a place of reflection on the decades of violent conflict in Colombia.

Kunsthalle St. Annen was the first museum in Germany to take a comprehensive look at the artist’s work:

Here you can find our annual reports, Emil Possehl’s will, and the brand eins Wissen magazine to mark our 100th anniversary.