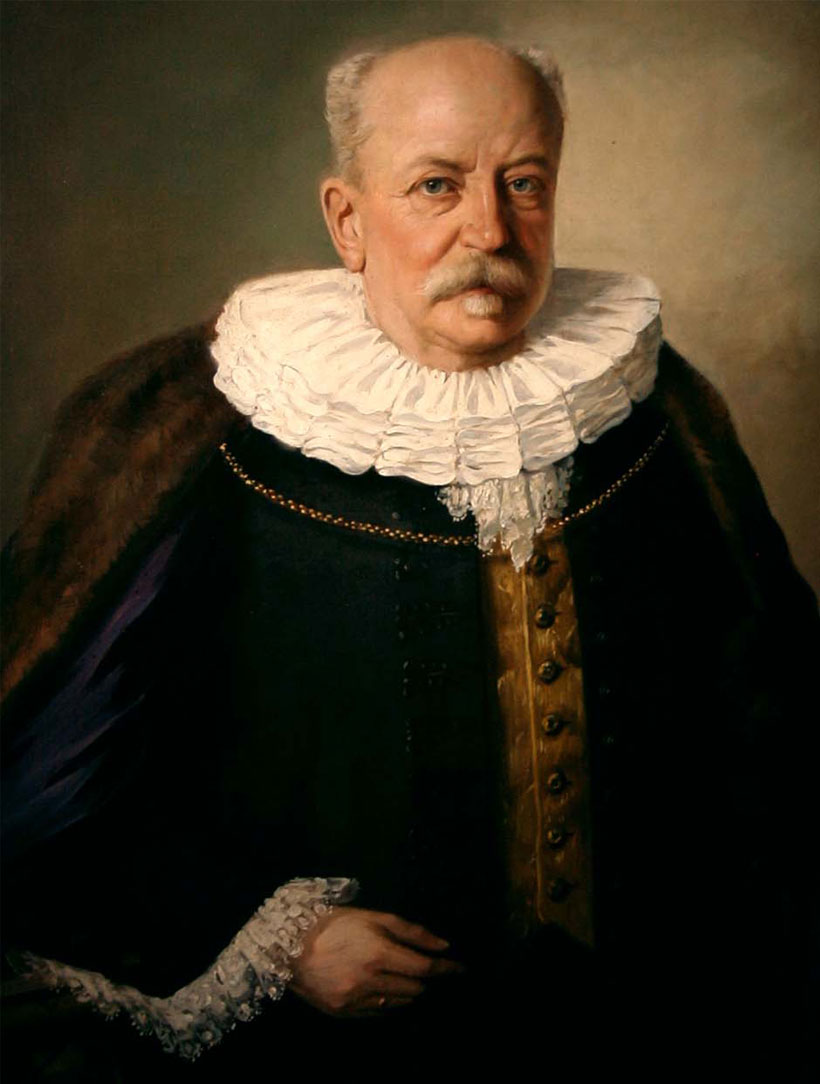 Emil Possehl was born in the Beckergrube in 1850, as the first son of the merchant Ludwig Possehl. The company L. Possehl & Co. also carried on its iron, steel and coal trading business from the family home. This is where the Group and the Foundation are based to this day. Emil Possehl joined his father’s business in 1873 and within a few years had become the biggest trader of ores and minerals in Europe. By acquiring extraction and manufacturing companies in Russia, Sweden and Norway, the Lübeck merchant became an industrialist with connections across Europe and the world. In 1901 he was elected as a Senator of Lübeck; this painting shows him wearing the ceremonial robes.

Since he and his wife had no children, he bequeathed his entire business assets to the Possehl Foundation. The German Empire and Wilhelmine society had a defining influence on Emil Possehl. As an entrepreneur he was modern and far-sighted, indeed progressive, but his view of history was nostalgic and based on a nationalistic world-view. He wanted to use his commercial success for the service of his home town and home country. His political convictions were not emotional in nature, however, but rather based on commercial pragmatism and always served his own business interests too. This is the background to his decision to make the Possehl Foundation the sole owner of his company: a foundation that sponsors “all that is good and beautiful” in Lübeck, but as sole shareholder also ensures that control over the management of the company is maintained in perpetuity. Over the past century the Group has survived two world wars, an economic depression and the subsequent period of hyperinflation. Today it is a successful international conglomerate with almost 200 operating companies and 13,000 employees around the world. It is the Foundation’s key asset, and its earnings are what finance the Foundation’s work for Lübeck.